LOOK: Rare Pieces of Centuries-Old Ifugao Art Are Back Home in the Philippines

Exceedingly rare and high-quality Ifugao sculptures come home to the Philippines from various parts of Europe and America. Exceedingly rare and high-quality Ifugao sculptures have been coming home to the Philippines from various parts of Europe and America, thanks to Swiss collector and art enthusiast Martin Kurer, who has lived in the Philippines for the past 20 years. Kurer has spent the last five years searching the world for rare pieces of Filipino tribal art.

“You see art of the 20th century, but when you juxtapose it with Ifugao art, you see cubist sculptures in Ifugao tribal art even before the word ‘cubist’ was invented.”

Juxta:Position – The Aesthetics of Reduction showcases the wooden carvings of the Ifugao people from the 18th to 20th centuries alongside contemporary paintings by Filipino artists such as Lee Aguinaldo, Federico Alcuaz, Cesar Legaspi, Arturo Luz, and Jose Joya, among others.

“When you put these side by side, you see a common language of aesthetics,” explains Kurer.

Kurer compares Ifugao sculptures with other works of art from different parts of the world and from different centuries, and explains that a common language of aesthetics exists in their form. 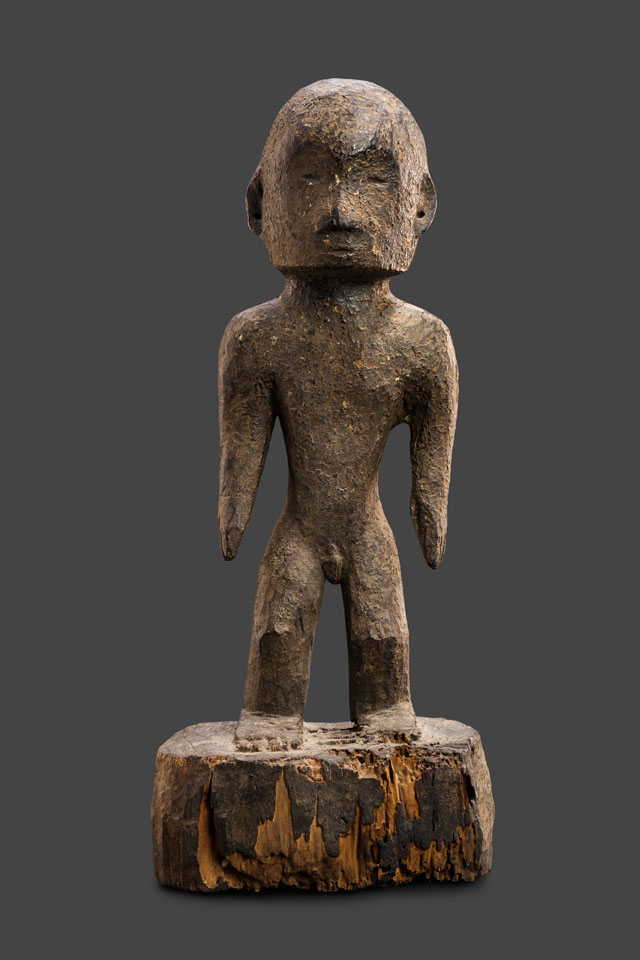 “The idea is to show this common language in aesthetic terms. You see artof the 20th century, but when you juxtapose it with Ifugao art, you see cubist sculptures in Ifugao tribal art even before the word ‘cubist’ was invented,” says Kurer. You look at it from our perspective now, you would see it as cubist. 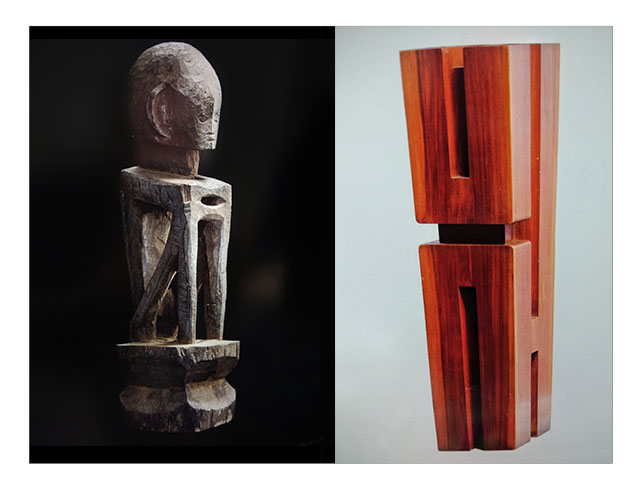 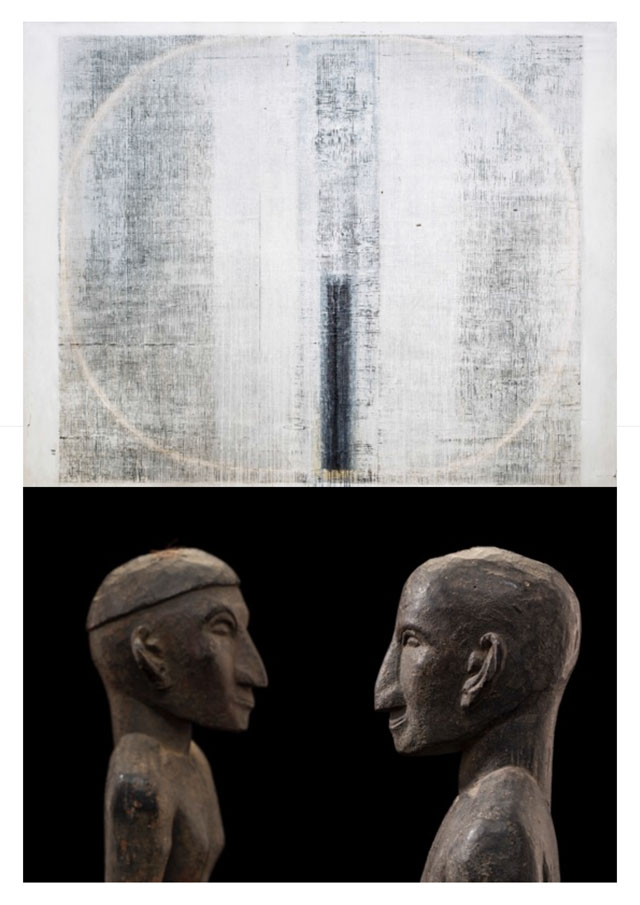 “When you look at art, you look at it in context and not put it in a box such as ‘modern art’ or ‘fine art’,” Kurer adds. “There are certain commonalities between the 14th century tribal sculptures, the Ifugao sculptures form the 18th to 20th centuries, and even with contemporary art, even though they are not culturally or geographically connected.”

Rudolph Kratochwill, director of art gallery 1335 Mabini, emphasizes this particular curiosity. “When you look at the development of art worldwide across different continents and different countries, you find that the development was very similar in terms of the carving out of human figures,” he explains. He admits, however, that some artists were influenced by tribal art. “Picasso was influenced by tribal art.”

What makes the exhibit very significant is the scarcity of authentic pieces available today. For a piece of tribal sculpture to be considered authentic, it is not enough that a person of Ifugao heritage make one. 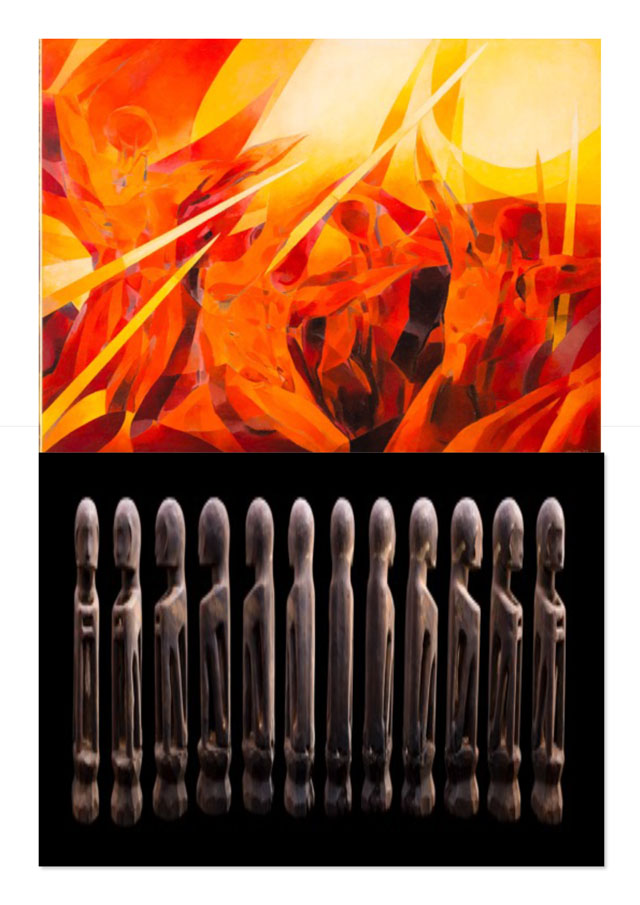 “When we talk about art in general, we need to have certain parameters of quality. Each individual piece is different, but we need to first look at the authenticity. It needs to be carved from the people of a certain area for ritual reasons, for using in the tribes, but not to sell—not as a commercial sculpture,” explains Kratochwill.

“Tribal art should not be mistaken for other handicrafts you see when you go to Baguio and Banaue,” says Kratochwill. “You can find thousands of these carvings. They have a similar form, but they are not masterpieces from the point of view of art historians and collectors.”

Kurer’s impressive collection of Ifugao art is among the largest in the world, which he acquired from various collectors, mostly Europeans and Americans.

“When tribal art became collected by mainly Western collectors in the ’60s and ’70s until in the 2000s, most of the good pieces were sold. Now, there are very, very few pieces left,” Kurer explains.

“There is very little good quality tribal art left in the areas where these come from, and secondly, authentic. These are disappearing already,” Kurer adds.

‘Ifugao Art Is Among the Best in the World’

Asked about what makes art from the Cordilleras particularly interesting, Kratochwill explains that these are some of the best in the world. 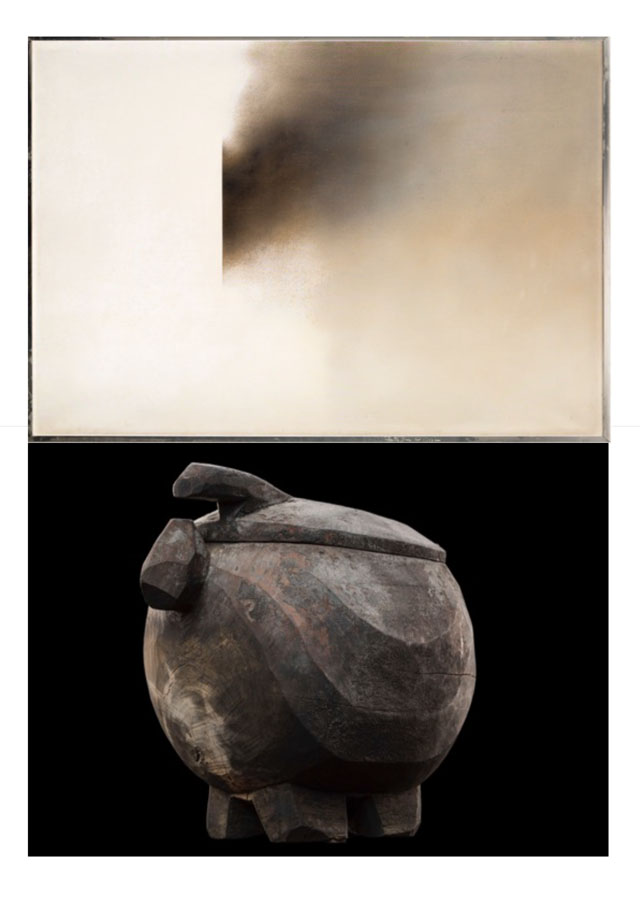 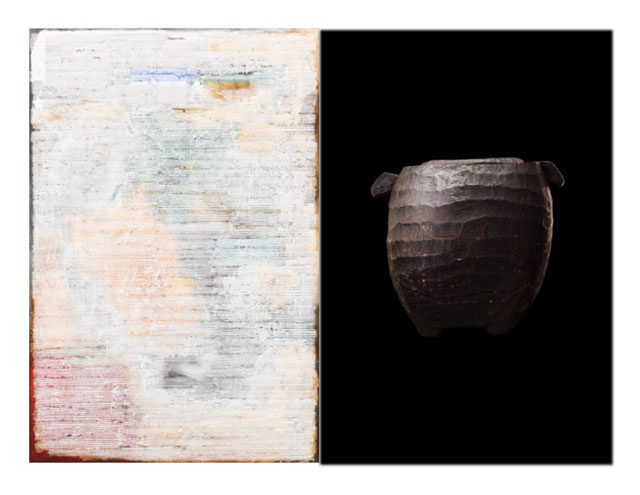 “Selected pieces from Cordillera, if put in an international context, are of such high quality that they can be shown together with other artworks of high quality,” says Kratochwill. “That’s the main reason why there is a need to show these pieces. Not only because they are Cordillera art in general, but selected pieces—their quality is so high.”

“Quality and prominence make these pieces of Ifugao art very valuable,” adds Kurer. “We are looking for the more abstract, the simple things. That is for us the highest quality.”